CSMS Names Rep. DeLauro as Legislator of the Year

Since first being elected to Congress in 1990, Rep. DeLauro has consistently focused on improving the quality of life for her constituents, and she clearly understands that there is a direct relationship between her constituents’ quality of life and the quality of our healthcare system.  More importantly, she understands that physicians need the ability to care for their patients without inappropriate intrusions from government or from health insurers who seek to profit from needed patient care.

Rep. DeLauro had the courage and conviction to fight – not just for her own constituents, but for all physicians and seniors who were affected by United’s cavalier decision to put profit ahead of people.

She demanded an explanation from UnitedHealthcare, as well as from the Centers for Medicare and Medicaid Services, for United’s unilateral decision to terminate without cause thousands of physicians who care for our most vulnerable patients

Rep. DeLauro worked closely with the Connecticut State Medical Society to develop the Medicare Advantage Participant Bill Of Rights Act. The bill requires Medicare Advantage plans to finalize their networks 60 days in advance of open enrollment, prohibits plans from dropping physicians without cause, and improve transparency for patients and physicians. Rep. DeLauro introduced the bill in the House, and Senator Richard Blumenthal co-sponsored the bill in the Senate.

“I want to thank the Connecticut State Medical Society, not just for this award, but for all their support when we were crafting the Medicare Advantage Participant Bill of Rights Act. I am humbled that the Society has chosen to recognize me for my efforts to help the Connecticut residents who were impacted by the UnitedHealth fiasco. It means a great deal to me and I take it as a call to continue trying to make a difference in people’s lives.” 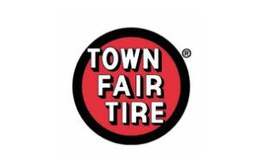