“The Connecticut State Medical Society (CSMS) is deeply disappointed that legislation allowing the recreational use of marijuana is being signed into law by Governor Lamont today. Physicians base our opinions on science, data from peer-reviewed writings, observation, and patient interaction—which is why we believe the recreational use of marijuana is bad science, bad policy, and dangerous to Connecticut’s public health. Throughout this debate, we have worked to inform Connecticut’s policymakers about the health and social ramifications of legalized marijuana, urging them not to ignore the harmful, even devastating effects that this measure will have—especially on our younger populations. The signing of this public act, together with the failure of our legislature to ban flavored tobacco products, leaves tens of thousands of children, adolescents, and young adults at risk in our state. CSMS physicians support and recognize the need for decriminalization efforts and reduced penalties for cannabis offenses, as we have seen wide racial disparities related to convictions for marijuana possession. We are committed to and believe that there are more effective ways we can combat racial disparities other than this approach. Yet we cannot support the dramatic change in public policy that recreational use of cannabis will bring. Going forward, legislators must focus on appropriating state funds to the necessary prevention resources for the inevitable long-term effects that will arise such as detrimental impacts on mental health, brain health, and the health consequences of driving while impaired. We look forward to working with the Connecticut General Assembly and the Executive Branch to address these concerns that will arise.” 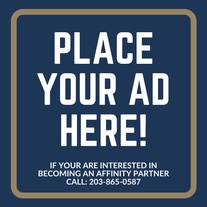