Based on the successful law in the state of New York, this important proposal will protect patients from the financial hardship and emotional stress of surprise medical bills when their insurance fails them.

“The Connecticut Emergency Department Surprise Billing law is more comprehensive, using FAIR Health as a benchmark and is highly supported by the physicians of Connecticut,” said Matthew Katz, EVP/CEO of the Connecticut State Medical Society. “While CSMS supports the objective of the Ruiz bill, we would like to see more defined and fair payment standards for physicians, such as provided for in the Connecticut law.”

The bill is based on the premise that patients should not be caught in the middle of insurance company-physician disputes.  Unlike other surprise billing proposals introduced earlier this year, the Ruiz-Roe- Bera approach creates incentives for physicians and insurers to contract and resolve their differences. “CSMS appreciates that this legislation holds patients harmless and ensures physicians are reimbursed more fairly for services provided, when insurers refuse to contract with them at a fair rate,” adds Katz.

The proposed legislation also addresses the underlying cause of the problem – the insurance industry’s oligarchic market dominance – that has allowed insurers to narrow their physician networks so patient access to physicians is limited.

It is modeled after the successful New York law that has been in effect since 2015.  The law has helped keep insurance rate hikes in New York well below the national average.

The bill requires insurers to give patients a robust choice of physicians, including hospital-based emergency physicians, and on-call surgeons and anesthesiologist, who will be there for patients in life and death emergencies.  It allows insurers to pay commercial rates for out-of-network care but if parties disagree, the proposed “baseball arbitration” system encourages insurers and physicians to resolve their disputes without costly lawsuits. 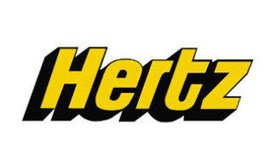