Details on Surprise Billing Legislation from the American Medical Association:

Senator Lamar Alexander (R-TN), the Chairman of the Senate Health, Education, Labor, and Pensions (HELP) Committee, and Representatives Frank Pallone (D-NJ) and Greg Walden (R-OR), the Chairman and Ranking Member of the House Energy and Commerce Committee have announced an agreement on legislation to end surprise medical bills, raise the age to buy tobacco products to 21, and extend funding for federal health programs, such as community health centers.

The agreement is essentially a merging of the surprise billing legislation approved by both the House Energy and Commerce (H.R. 2328) and Senate HELP Committees (S.1895) earlier this year. Both bills would protect patients by limiting their out-of-pocket costs to amounts they would have owed if they had been treated by an in-network physician. However, both bills include provisions strongly opposed by the AMA that would resolve payment disputes between physicians and insurers by using a benchmark rate setting out-of-network payments at the median amount each insurer pays for in-network care. The new agreement includes similar benchmark rate provisions as well as a very limited IDR process with a $750 threshold that would only allow for the consideration of median in-network rates. The Congressional Budget Office estimates this new legislation would produce savings of $22 billion over ten years.

It is important to note that Senate Minority Leader Charles Schumer (D-NY), Senator Patty Murray (D-WA), the Ranking Democratic Member of the HELP Committee, and House Speaker Nancy Pelosi (D-CA) have not signed off on this agreement and have some concerns. The House Ways and Means Committee, led by Chairman Richard Neal (D-MA) and Ranking Member Kevin Brady (R-TX), are continuing to work on their own legislation to address medical surprise billing and have also not signed onto the aforementioned agreement.

The legislative proposal also includes provisions related to tobacco, prescription drugs, and other issues that are raising significant concerns with many stakeholders. Congress is facing a deadline of December 20 to either pass a final appropriations agreement to fund the government for the remainder of FY2020 (until September 30, 2020) or pass another short-term continuing resolution for the next two or three months. With the limited legislative time remaining, it will be very difficult for the House and Senate to work through all the issues in this new agreement in time to secure enough support from Congressional leadership for its inclusion in any year-end package.  At this time, Congressional deliberations on surprise billing legislation will likely be pushed into early next year--though we will remain vigilant.

The AMA will continue to work with the physician community to ensure that any final surprise billing legislation in Congress holds patients harmless and also includes a fair and balanced approach that treats all stakeholders equally while protecting access to care. 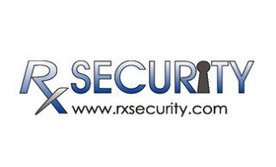