(North Haven, CT) “Our respective associations representing tens of thousands of physicians across the northeastern United States applaud the many members of the US Congress who are seeking to take action to protect patients from “surprise” medical bills.   However, what is needed is a balanced, comprehensive solution to this problem, not a one-sided gift to America’s health insurance companies, some of the richest corporations in the United States. That approach will create shortages in our emergency departments and an acceleration of health care consolidation.

Proposals that have begun to advance in the US House and Senate appropriately prevent patients from facing surprise bills from out of network practitioners.  However, they give unilateral control to the insurance industry to determine what should be the cost of care in these instances.  No negotiation.  No compromise.  No recognition of special circumstances surrounding the care delivery.   If Congress gives insurers this extraordinary new power, why would an insurer ever fairly negotiate with a physician to be in their patient care networks?  In fact, in California, when insurers were given this discretion, what followed was a 48% increase in patient access to care complaints including delays in obtaining care or securing physician appointments, inadequate selection of providers, and problems accessing facilities.

The comprehensive laws in New York and Connecticut addressing this issue have been widely acclaimed because of the delicate balance it struck among health insurers, physicians, and hospitals to protect patients from surprise medical bills, while also ensuring the ability of hospital emergency departments to have available needed on-call specialty physician care to provide patient care when time is of the essence.  In New York, when an insurer and physician cannot agree, the solution is decided through a low cost, simplified dispute resolution system. The arbitrator chooses the side that is more reasonable based upon a number of factors.

The New York and Connecticut laws rely upon benchmarks developed by an independent, non-profit entity that is free from insurer or physician control.  This is particularly important given the insurance industry’s own notorious history in establishing benchmarks for out of network payment.  In 2009, then New York AG Andrew Cuomo launched an investigation into United Healthcare’s ownership of the Ingenix database.  The insurance industry agreed to stop using this conflicted database and agreed to contribute towards the creation of an independent data collection entity, Fair Health, which has become the reference database used by New York.

From the statistics, it is clear that New York’s law is working as it was intended.   A just released report from the New York Department of Financial Services showed consumers have saved over $400 million since the law’s enactment.  It also reduced out of network billing by nearly 35%.  Furthermore, the relatively low number of claims decided since the law was implemented suggests that New York’s system is having the effect of pushing health insurers and physicians to resolve their differences without state intervention.

As stated by NY DFS Superintendent Linda Lacewell, “New York’s law has been a true success in bringing stakeholders together to solve the problem of excessive charges for emergency services and surprise bills.”

Given the success of New York’s law, we are concerned with proposals that will clearly deviate from this carefully crafted approach to the problem.  Instead, we urge Congress to look to legislation, such as that sponsored by Congress members Ruiz and Roe (HR 3502), that would emulate New York’s successful approach.

MEDICAL SOCIETY OF THE STATE OF NEW YORK

One of the nation’s oldest medical societies, the Connecticut State Medical Society (CSMS) was founded in 1792 and serves more than 5,000 physicians across the state. The mission of CSMS is to be the voice of all Connecticut physicians; to lead physicians in advocacy; to promote the profession of medicine; to improve the quality of care; and to safeguard the health of our patients. For more information visit www.csms.org. 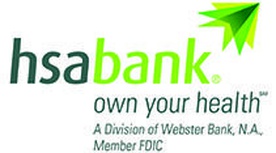